What is Blue Cheese? 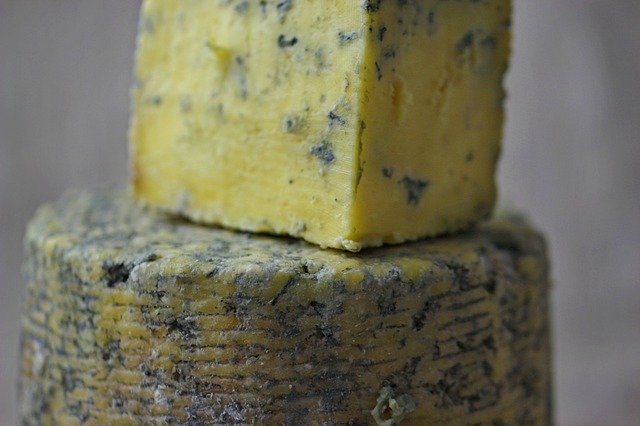 Blue cheese is a type of cheese that has been ripened with the mold known as Penicillium, resulting in a product with spotted or veined throughout with blue mold. This type of cheese is made using pasteurized milk from either cow, sheep and goat. It is characterized as having a sharp, salty flavour and has a pungent smell.

Blue cheese is actually a generic term for cheese with spots or veins made of blueish green mold. There are 5 types of this cheese classification. Here they are:

Cabrales is a type of blue cheese that is made in the artisan tradition in Asturias, Spain. It offers a stronger, spicier flavour. In fact, it’s well known for being one of the most distinctive and powerful among the types of cheese. It made from pure, unpasteurized milk from cow, goat or sheep.

Danablu is popularly known as Danish Blue cheese and is known to have originated from Denmark. This type of cheese is made from full fat cow’s milk and is usually aged from 8 to 12 weeks. Danablu has a semi-soft and creamy texture. It’s typically drum-shaped or block-shaped, and has about white to yellowish edible rind that is also slightly moist.

Gorgonzola’s name came from the Gorgonzola, Milan, where it originated. This type of cheese is made from unskimmed cow’s milk. Aside from classifying it as a type of blue cheese, it is also classified as one of the types of hard cheese. It is characterized as being buttery or firm, crumbly and tastes quite salty. It also offers a bit of a ‘bite’ due to its blue veining.

Roquefort is characterised as tangy and offers a notable taste of butyric acid. It is white, crumbly and slightly most, with distinctive blue mold. It is primarily made from sheep’s milk. While there are many copies of this cheese, the original cheese is produced by adhering to the Appellation d’origine contrôlée regulations, which governs the production of Roquefort, while EU law also dictates that only cheeses that were aged inside the natural Combalou caves of Roquefort-sur-Soulzon can be named Roquefort.

Stilton is an English cheese that typically produced in two different varieties. The blue variety is added with Penicillium roqueforti, which is the reason for its distinctive aroma and taste. It is made from pasteurised cow’s milk. True Stilton cheese has PDO (Protected Designation of Origin) label and is only produced in Derbyshire, Leicestershire and Nottinghamshire.

For more information about blue cheese and the other types of cheese, please feel free to go through our website.

Cheese Kettle is a trusted supplier of dairy equipment in Australia. If you are looking for great advice about cheese making or if you want to start a cheese making business, talk to us. We will provide you with the best information and dairy processing equipment for cheese making.