It is undeniable to say that Swiss cheese is probably the most popular cheese in the world. Many people love this cheese because of its rich, delicious taste and ‘nutty’ aroma. Considered as the semi to Hard type of cheese, this is also very famous for having a visually appealing exterior and holes inside. 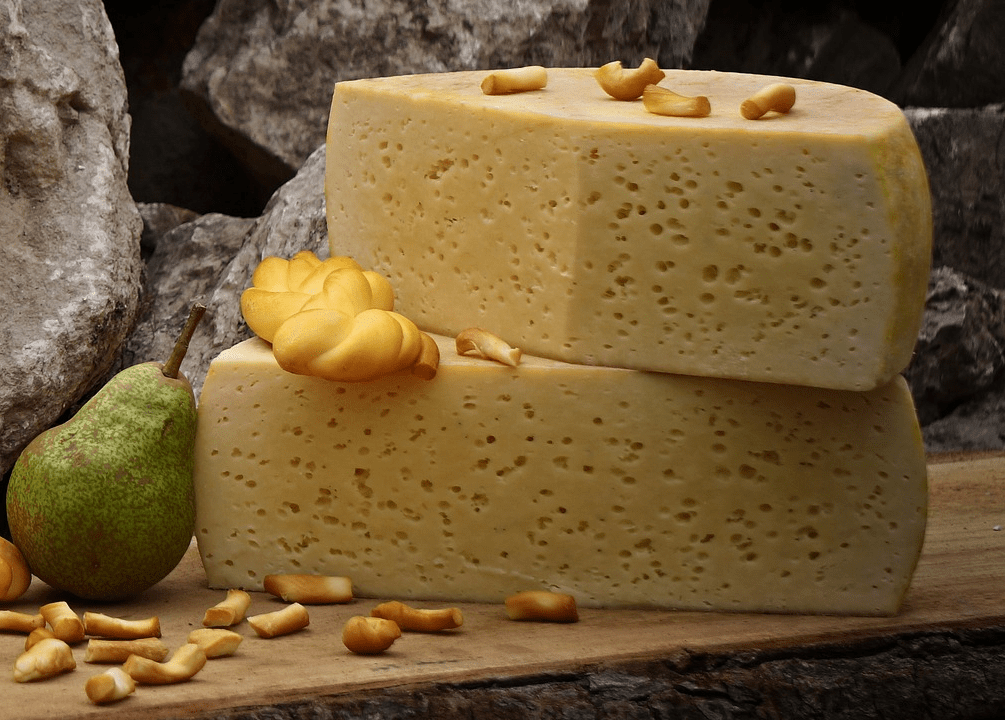 This cheese was originally known as Emmental cheese since it’s believed that this cheese originated in Emmental, Canton Bern Switzerland. Emmental cheese has been produced since 1300’s, but it was only in the 1800’s when the first ever cheese dairies came to exist in other parts of the world. This made the Emmental cheese well-known even with people who did not live in this region.

Bit by bit, dairies started to be developed in Emmental. This resulted in larger quantities of this cheese and it was marketed in other areas of Switzerland and eventually to the rest of the world.

These days, Swiss cheese is found in almost every grocery stores in the world. However, visiting Emmental and tasting the extra local flavour of their cheese is something that one should not miss, especially if you are a cheese enthusiast.

Emmental or Emmentaler cheese is made from milk. During production, three types of bacteria including Streptococcus thermophiles, Lactobacillus helveticus and Propionibacterium are introduced to the cheese. In the later period of cheese production, Propionibacterium consumes the lactic acid created by the two other bacteria and release acetated, propionic acid and carbon dioxide gas. The carbon dioxide gas gradually forms the bubbles and develop the “eyes”, which is one of the most popular aspects or features of Swiss cheese.

While the process of making this kind of cheese has not changed since, there have been many advancements as to how they are made. With the introduction of modern dairy equipment, Emmenthal cheese production has become faster and easier.

Types of Cheese How to Make Homemade Ricotta